In 2014, I set out to run an ultra-marathon, become a dad, and climb Mt. Shasta. I am glad to say, it is only October, all of those things have been checked off my list, so here how it went down, and what I learned about coaching, running, and life.

Becoming a dad is by far the hugest adventure I have embarked upon. Coming into 2014, my wife was already quite pregnant, so we were pretty confident this dad thing was going to happen. Sure enough, April 30, my son Bodhi was born. This was with two weeks still remaining of high school track post season championships.

What did I learn about coaching? Coaching is a very large time commitment. Coaching at the high school level is rewarding. Challenging young athletes to perform at their best, and rise to the occasion is inspiring because of the consistency with which they often do both, sometimes surprising me, and almost always surprising themselves, but the Coach that wants committed athletes must be even more committed than the athletes themselves, and this takes time. This takes a lot of time. So to the high schooler out there that thinks that their coaches are coaching for the money should recognize that if this is true, given the number of hours their coaches put in, their coach is very very bad at math. 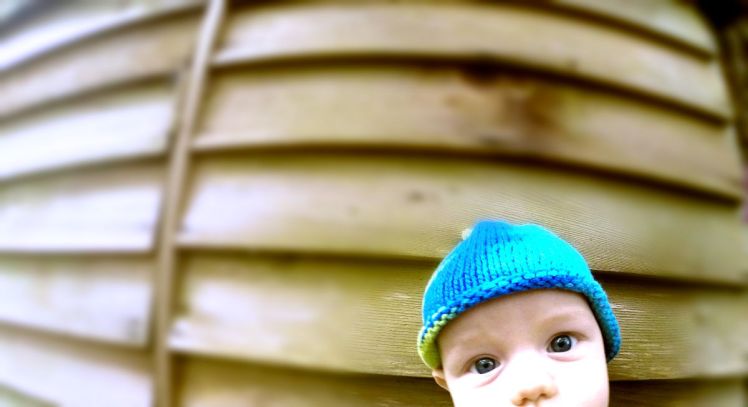 What did I learn about life? Being a dad is a huge commitment, and like I would coach my athletes, half commitment will never yield the results you are looking for. If I am going to be a dad, I am going all in.

The season finished out great with nearly half the team advancing to the post season, multiple great finishes at the meet of champions, and three very talented seniors, Jessie Colin, Devron Martin, and James Kinney, graduating and moving on to compete at the college level.

Though I did complete the season, after the season was over I opted to retire my position as Head Coach of Marin Academy Track and Field to my capable Assistant Coach Taylor Tan as to spend more time with the newest member of my family.

What did I learn about running? Salt is very important. Headlands 50k is a grueling course, I believe with over 6500ft of elevation change over its 31.2 miles of mostly single track trail. This is not your average community 5k. In 2013, I began with much gusto and was on pace to break 4:30 at mile 17. By mile 19, I was limping down the trail, afraid that running might cause my hamstrings or calves to seize due to lack of salt. The next 3 miles to the aid station were miserable. After getting some salt at the aid station I was able to finish the race in roughly 28th place in a time of 5 hours 28 minutes.

In 2014 a new story. I carried salt with me taking at least one salt tab about every 7 miles. This time I felt great. I finished 2014 in 11th place in a time of 4 hours 32 minute, nearly an hour faster than the previous year.

I first intended to climb Mount Shasta in early spring, and climb via the Avalanche Gulch route, but the week I had set aside to climb, California miraculously ended its drought, just long enough to make my spring ascent impossible with dangerous snow and wind conditions on the mountain. A few month later while on a group run with another group of fantastic ultra runners, I met some runners that were talking about running mount shasta. Thats right, running as fast as they could up a 14,000 ft mountain. Sounds crazy right? It is, so naturally, I wanted in on it. By the time plans were set it was down to just Jack Finn and myself. This video will show what followed.

What did I learn about running? I love it. This climb was to challenge myself and enjoy the outdoors. This was not a race, there was no t-shirt and goodie bag at the end. This was just for the pure pleasure of running. To be outdoors … Awesome!

What did I learn about life? Going all in as a dad does not mean the fun stops. I ran mount shasta when Bodhi was just a few month old. Bodhi and Mom did just fine without me for a couple of days, and more than being tiring and stressfull, it was relaxing to get back into the mountains for a few days.

What else did I learn? When mountain running, choose a shoe with a solid single piece outsole. I wore Montrail Fluid Flex, which are great shoes for regular trails, but the soft foam, multi peice outsole was completely shredded after this run. I had to retire them after this run with only 50 miles on them. R.I.P.

What am I working on now?

Now as I have adjusted my schedule to stay at home with my infant son while my wife continues to work, I have seized the opportunity to work from home, and I have embark on another great adventure. I have begun work on a website and mobile app that I have been conceptualizing for quite some time. Kindhat is an online community for sharing real goods and services within local communities. With Kindhat I hope to create a model for an economic system that better aligns our money with our values. Change the economic system we have been living with for decades, that is a monumental task. True, it is a monumental task, but then again so is becoming a dad, and running up Mount Shasta.

Find out more about the kindhat app for sharing at kindhat.com

I am a lover of new adventures, what adventure should I pursue next. Let me know in the comments.